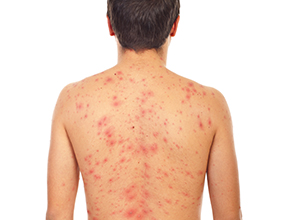 However the course of the disease is generally more severe. Although complications with chickenpox are rare, pneumonia or ear infections can occur in adults. The discomfort such as itching can be minimised with HeltiQ ChickenPox. When an adult contracts chickenpox a vaccination could help to alleviate symptoms.